When you think of Halloween, what images come to mind? Do you enjoy the feelings at the thought of it, find yourself feeling uncomfortable, or neutral? When I ask myself that question, I see images of decorated houses, kids in costumes going door to door, pumpkins, candy, and I feel amused as a smile crosses my face.

If I were to ask you to purposely bring up the scariest or most disturbing image you could think of in regards to Halloween, you would probably pull up an image from a childhood memory. Or maybe the image would be from a scary movie or some grotesque, horrifying imagery created in your own imagination. If you did that, you would probably notice a bodily response of unease, fear, or perhaps disgust to some degree.

Why would I ask you to do such an exercise? To give you an example of how the thoughts you think affect your associations with things. Your associations or thought patterns are directly responsible for your emotions and, therefore, your experience.

If I asked you to vividly imagine biting into a very sour, juicy lemon or pickle, enough so that you can imagine tasting the flesh and juice in your mouth, you might notice a slight cringe in your jaw or an extra bit of saliva urging you to swallow. That’s how easy it is to get your unconscious mind to respond to memory or imagination. In cases of fear, our bodies respond to the thoughts running through our mind. We have to be thinking of something specific in a very particular way to initiate the life or death, fight, flight, freeze response in our bodies.

What’s interesting is that fear exists only as a primal response to deal with something we’re thinking of as a threat. It is an anticipatory response. If I’m on a hike in the woods, and I hear a noise from behind a bush that causes my heart rate to escalate and uncomfortable sensations in my body, it’s because I’m afraid of what might be behind the bush. If a bear were to jump out from behind the bush and charge me, I would become more panicked at the thought of the bear attacking me. If the bear actually did start to attack me, my body would be producing so much adrenaline, I would mostly feel a sense of shock rather than pain. My sense of pain would actually be due to the tension and the stress I was experiencing at the thought of dying. The discomfort in fear is really caused at the thought of not being able to survive what’s happening or what might happen next.

According to Buddhist philosophy, the process of a fear turning into a phobia is very similar to the way liking of sweets can turn into an addiction for sugar. The difference is in the levels of fear. Initially, anger or fear may have a useful function in life (to protect ourselves from a threat), but they are both based on mental projections. When these projections grow into something like a phobia, it only means that the mind is strongly exaggerating the situation. Reactions build over time from a single starting point. A puny fragile spider turns into a huge menacing monster, lunging toward a person at supernatural speeds. The height of a ladder or bridge turns into a skyscraper in proportions worthy of high-wire artist Philippe Petit, attempting to cross. So the remedy to a phobia will never be found by taking medications. The root cause must be addressed. We must reprogram our mind, allowing discernment so it can become habituated to appropriate reactions.

In one of my earliest trainings to become a certified hypnotherapist and master NLP practitioner, my mentor, Dr. Connelly, once led me through a demonstration in front of the class that resolved a lifelong phobia of squirrels in less than five minutes. Yes, that’s right- squirrels. Larger than a rat but just as erratic with bigger teeth and more dog-like tails.

Dr. Connelly asked me to explain my fear to the room of mental health professionals he was training. I remember taking a deep breath and saying, “For as far back as I can remember, I have nearly had a panic attack at just the thought of squirrels; not to mention if they passed by me in any kind of close proximity. Logically, I know I’m bigger and stronger than squirrels, and that they probably aren’t out to get me. But every time I think about them I’m afraid they are going to jump at my throat and tear open my jugular, and then I feel like I’m going to faint.”

In my first sentence, I inadvertently told Dr. Connelly the exact image that ran through my mind that made my body produce a phobic response every time. I will tell you, that image was pretty graphic. It was from a first person perspective - blood squirting from my neck with a demon squirrel tearing at my throat, much like the vicious rabbit as seen in Monty Python and The Holy Grail. Dr. Connelly then asked for my permission to replace my phobic fear of squirrels and used a simple Neuro-Linguistic Programming technique to help my brain think differently at the thought of squirrels. He literally said just a few sentences and then, with the wave of his hand, I suddenly felt my fear disappear, leaving only the logic I had all along.

I let out a little laugh as I said, “Huh. That’s interesting.” The room full of doctors and psychologists sat wide-eyed and dumbfounded. I remember someone near the front row wondering aloud, “What just happened?”

Dr. Connelly simply said, “Tell them, Kristin.” I looked up, laughed some more and then told the class that I was pretty sure if there was a squirrel in the room, I would be okay. I said I probably wouldn’t want to pet it because I’m not too sure how easily squirrels may bite or carry disease, but my body was calm at the thought of them or them being around now. That was six years ago and to this day I’ve been fine whenever squirrels are near me. I can’t bring up the phobic response again if I try.

Not all fears are so easily resolved within five minutes. Sometimes there are multiple memories, beliefs, and images needing special care to be worked through. A fellow hypnotherapist and NLP practitioner I know, named Keith Livingston, states what’s going on very well:

Sometimes fear is very specific. Specific phobias tend to be quite simple because they’re not global fears. You see, when people have a negative experience, several things can happen.

The mind, after surviving a negative event, can build a belief that the person who survived it is resilient and resourceful. “What doesn’t kill me makes me stronger.” In this case, that event or the aftermath is often useful as a resource for them.

The mind can make little or no connection to the event; in other words, build no beliefs about the world or even specific situations.

The mind can make a belief that has to do with specific circumstances. In other words, a person could have a fear of snakes based on an incident with a snake (even reading about or thinking about snakes). That might create a specific phobia about snakes.

A person could build a belief about the world based on an event or series of events. There might be an incident with a snake which then builds a belief that the world is a dangerous place, and one must be vigilant at all times. That might create a more generalized anxiety.

I'm writing to remind you that if you or anyone you know could use assistance in overcoming a fear, I’m here to help. By far the most common fear I address in my practice is the fear of socializing, speaking to or opening up to other people. Social anxiety, the fear of public speaking, and intimacy issues are extremely common. It breaks my heart that more people don’t know they can reach out for services to clear this up for them sooner. For over five years now, I’ve been helping clients achieve significant results in overcoming fears within 1-6 sessions.

The other day, I saw an episode of Anderson Cooper about phobias. He had three guests. Two women were afraid of balloons (being popped), and one young man was afraid of guess what? Squirrels. They brought out balloons and a squirrel in a cage and asked the guests to get as close as they possibly could to each of the things that terrified them. Nobody could get as close as 10 feet and each looked like they were pretty angry, afraid, or sick. An exposure cognitive behavioral therapist who had been working with each of the guests for months praised the guests. He boasted about how far they’d come after working with him for the past 3-4 months on getting closer to overcoming their fears by repeatedly confronting their fears. Getting closer to squirrels or popping balloons day, after week, after month, as they cried and nearly hyperventilated.

I couldn’t believe how different their experience of treatment was to mine. What I like about hypnotherapy and NLP is that it’s relaxing and non-traumatizing whereas other forms of therapy for phobias (like Exposure Therapy) have the potential to be re-traumatizing. I simply guide your mind (where the problematic responses are actually being instigated) through how it’s processing memory and imagination in the comfort of a nice cozy office or even over the phone if deemed appropriate after a brief consultation.

I will leave you with a friendly reminder that I’m here to help you and those you care about to overcome the fears that do not serve us. I’d also like to share two of my favorite quotes.

“Inaction breeds doubt and fear. Action breeds confidence and courage. If you want to conquer fear, do not sit home and think about it. Go out and get busy.” ~ Dale Carnegie

“Ultimately we know deeply that on the other side of every fear is freedom.” ~ Mary Ferguson

If you’re looking for effective hypnotherapy in the Seattle/Tacoma, Washington state area or by phone/video chat sessions, click here to schedule your phone session now or contact me by calling 206-552-8374 if you have any questions before getting started. 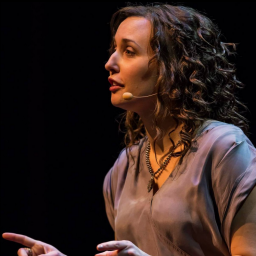